Getting Stuck in Our Rightness 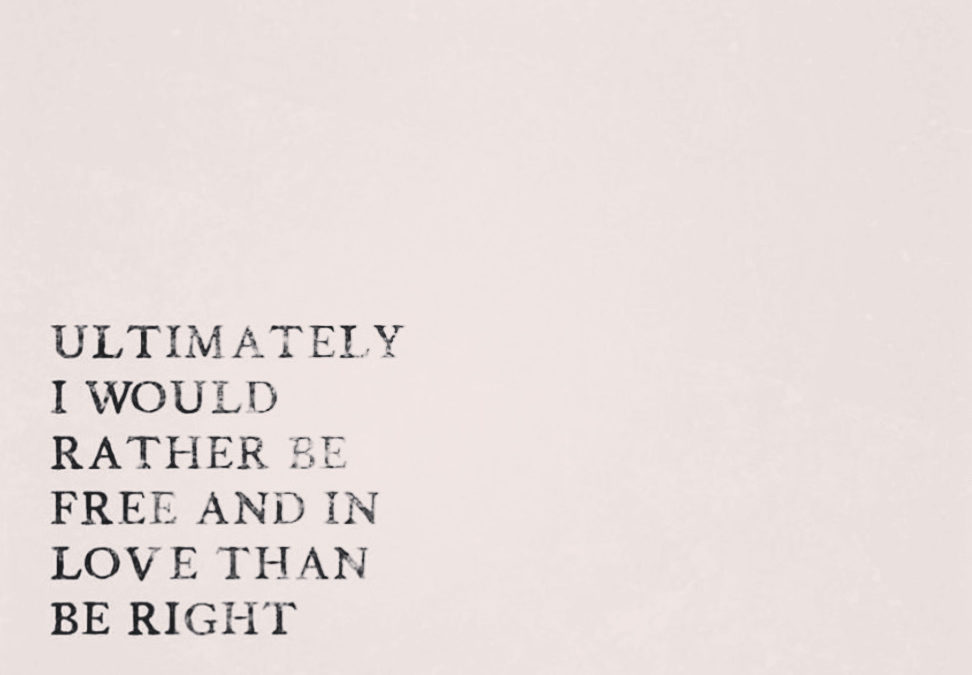 I’ve been seeing this in my feed the last couple weeks. Intellectually, I hate this. My mind argues right away when I see it. There is a difference between right and wrong. It matters to be right at times, like when people’s lives are involved. There are right answers. On and on, I’ve argued it.

Then, yesterday, tired of seeing a certain political argument online, I jumped Into the conversation. And you can guess how that went! 🤬 I was called names by one commenter I didn’t even know, backed into a corner where I knew there was nothing I could say so that any of us could hear each other. I stepped away, sure I was in the right but also sure there was nothing I could say to convince anyone.

Today, as I began my yoga nidra practice, I was still repeating my argument, my rightness, in my head. And then there was a point in my practice where I could stay in my head arguing what had passed or I could let it go and practice. I couldn’t do both. I could be right and keep that thinking loop going or I could let the argument go and drop into the feeling of being in my body, that sense of peace. I chose the latter. Watched my breath and let the soft whisper of rest lure me deeper.

Then the above words from Ram Dass came back to me. But with this clarity: It’s not an intellectual argument he’s making. It’s an embodied one. We can respond from our head or we can connect to our heart and body, our whole self, and really connect with another person.

That shifts the conversation.

I made peace online. neither of us changed our position but both of us heard each other.